I am a psychiatrist who spent many years in private practice in New York City.  That was fulfilling, but there was always a part of me that wondered what it would be like to leverage my skills and get paid to travel.  Every year at the American Psychiatric Association convention I would collect information from locum companies.  I always considered the “Holy Grail” of all positions to be in New Zealand. It was something I aspired to my whole career, but I wasn’t sure how I could ever pull it off.

Fast forward to my late 50’s.  I have closed my practice and have already done several domestic locum positions.  I am finally ready for an assignment in New Zealand, and I interview for a position at a community mental health center in South Auckland.  The locum company walks me through the process of obtaining a medical license and work visa.  I find it astonishing, after laying out a small fortune for my health insurance in the US, that my coverage for six months in New Zealand will cost just $400!

It is a long trip from Pennsylvania to New Zealand.  I arrive a few days before my job starts and discover that I love the Airbnb garden flat I have rented for my first month. What a stroke of luck that the landlord agrees to give me a lease for the entire six months.  I have been warned before my trip that it will be challenging and costly to find housing in Auckland, so securing this lovely place in a convenient neighborhood is an auspicious start to my stay.

It is hard to describe my first day at clinic Rapua Te Ao Waiora (translates to “a world that is searching for holistic well-being”). While I am used to being welcomed by social workers and psychologists at my various locum assignments, I am not used to being serenaded by a guitar and twenty staff members singing folk songs and serving me Maori fry bread.  I discover that Rapua is located in the Maori epicenter of Auckland, the city with the largest community of Pacific Islanders in the world.  The clinic and the entire mental health system work hard to engage this historically underserved population by embracing their culture.  Soon, I too greet people with Kia Ora, and I learn about the subtle differences between patients from Aotearoa (New Zealand), the Cook Islands, Samoa, and Tonga.

The 1840 Treaty of Waitangi provides the benchmark for Pakeha (White New Zealander)–Maori relations.  The very notion of a white doctor forcing treatment on a person of color smacks of colonialism. Collaborating with patients, rather than paternalism, is expected. NZ’s highly detailed Mental Health Act ensures that involuntary commitment, when it must happen, is carried out to the letter.  Extensive coaching on all aspects of the law enables me to represent my patients in mental health court, something I never had the opportunity to do in the US.  New Zealanders take their holistic approach seriously. For example, it is common for physicians to follow patients across the continuum of care from the clinic to the hospital, to court if necessary, and into their homes.  This is a new experience for me.

The health care system In New Zealand, however, is a double-edged sword.  Yes, everyone has a basic level of coverage that ensures no one goes bankrupt from a visit to the emergency room.  On the other hand, the public system is financially challenged, especially in disadvantaged areas such as South Auckland.  The wait for psychotherapy at my clinic is an incredible nine months.  Burnout and turnover among staff are a real problem.  New Zealand does not produce nearly enough health care practitioners to meet its growing population.  It may be idyllic, yet its isolation makes it difficult to recruit. Locum positions plays a crucial role in ensuring adequate access to healthcare.

The cost of living in Auckland is high, while physician salaries pale in comparison with the US.  Anyone who has the money can pay to see a private doctor.  Private physicians typically earn a good salary. For example, the private dermatologist I visited charged me $300 for a follow-up visit, about triple what I pay in the US!

Although I am grateful for my exposure to a different health care system and the rich cultural experience, my job was not without its drawbacks.  I was upset when I was told that there were limitations on when I could take my vacation days due to staffing shortages.  I had also underestimated the call commitment which turned out to be pretty brutal. It was hard to have to be up all night again in your 50’s. The locum company made the logistics seamless and were available to handle problems, but of course you pay for that privilege.  My salary as a locum psychiatrist was less than half of what I had been paid for locum positions in the US, and was much lower than some Kiwi psychiatrists who had arranged their own temporary positions.

But what about New Zealand itself?  It is simply breathtaking!  I am glad I chose to live in Auckland, which has everything you would expect from a cosmopolitan city of over a million people, from theater and music to world-class cuisine to an extensive public transport system.  Fortunately, since New Zealand is not really about cities, I got to tour the country during my time off.  As a fan of New Zealand Sauvignon Blanc, I planned a pilgrimage to the wineries in Marlborough. To reach this destination, I took lessons to learn how to drive on the left side, and then I proudly drove all the way to Wellington, the southern tip of the North Island, and took a ferry to the South Island. Wine country did not disappoint! On another occasion, I hopped on a ferry in Auckland and got off an hour later at Tiritiri Matangi Island, a wildlife sanctuary where you can spot rare birds like the Takahe which reside only in this magical land.

On my last day at Rapua clinic, I was presented with a pendant made from bone, called a Taonga, that had been blessed by a Maori elder who also happened to be a social worker.  It felt like I had been named an honorary Kiwi.  I will never forget these six months; I had not just completed a job, but I had fulfilled a dream.

Dr. Guy Fredrick Glass is a psychiatrist who trained at the University of Pennsylvania.  He has worked in private practice, as a locum physician, and in teaching medical humanities.  He is on faculty at Stony Brook School of Medicine and is a Fellow of the College of Physicians of Philadelphia.

For a personalized approach to moving to New Zealand learn more about how our Guidance Service can help.

The Becoming of Our Hippocratic Adventure

An Introduction to the Dutch Healthcare System 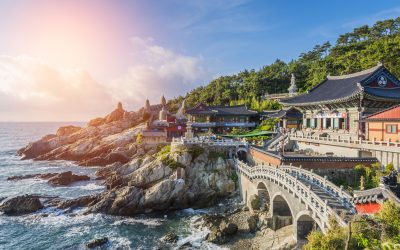 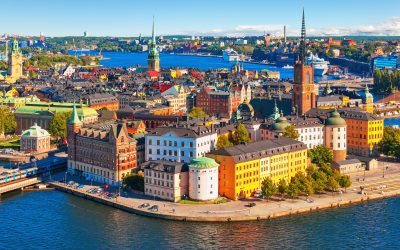 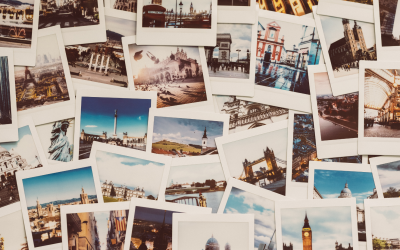